How to manage ehrlichiosis

Ehrlichiosis is a disease of dogs caused by bacteria carried by the Brown Dog Tick. If not treated appropriately it can be fatal. RSPCA NSW urges dog owners to be on the lookout for symptoms of the illness. 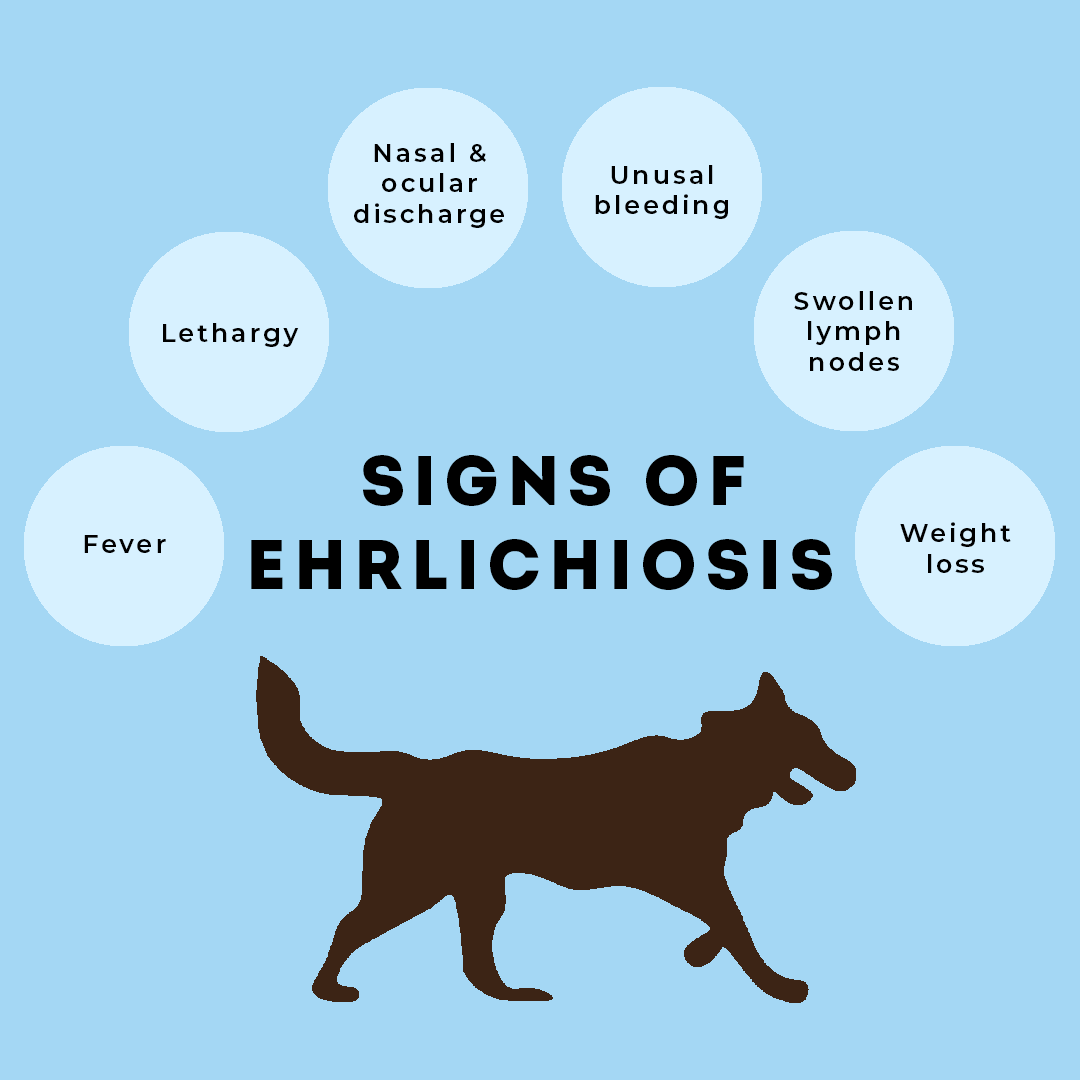 Ehrlichiosis is a tick-borne disease caused by the bacteria Ehrlichia canis, which is found all over the world but is most prevalent in tropical and sub-tropical areas. Fever, lethargy, swollen lymph nodes, under-skin bleeding or bruising and weight loss in dogs are all symptoms of ehrlichiosis.

Humans can also become infected with ehrlichiosis by the bite of an infected tick in rare instances. However, dogs are unable to directly transmit the illness to humans or to other dogs.

It’s quite difficult to manage the spread of ehrlichiosis once it’s in the tick population, especially in tropical and subtropical areas like we have in parts of Australia.

When did ehrlichiosis first appear in Australia?

In 2020, canine ehrlichiosis, a bacterial infection, that was thought to be absent in Australia was discovered in the Kimberley area of Western Australia. Multiple cases were then reported in the Northern Territory with the bacteria eventually spreading throughout Australia.

What are the symptoms of ehrlichiosis?

The severity of symptoms varies from dog to dog. The incubation period is approximately 1 – 3 weeks with symptoms beginning to show after this period.

There are three stages of canine ehrlichiosis:

During the acute stage, symptoms include fever, lethargy, swollen lymph nodes, anorexia, weight loss, nasal and ocular discharge, and bleeding problems such as nosebleeds or bleeding under the skin that appears as tiny spots, patches, or bruises. During this stage, most dogs recover without treatment after 1–2 weeks, although others may progress into the subclinical stage.

The subclinical stage might continue anywhere from a few months to several years. These dogs might recover however stay infected without showing symptoms or develop the chronic form of the illness.

Only a small percentage of affected dogs will develop the chronic form of ehrlichiosis which can be fatal. The symptoms of chronic disease are comparable to those of acute disease but are more severe. Infected dogs may also be more prone to contracting other illnesses at the same time.

How do I prevent my dog from contracting ehrlichiosis?

There is a range of actions you can take in order to help prevent your dog from being exposed to ehrlichiosis:

There is presently no vaccination available for ehrlichiosis, and tick management is the primary method of prevention.

Is there treatment available?

If your dog has been diagnosed with ehrlichiosis, it is critical that you follow your veterinarian’s treatment recommendations. This involves adminstering the full course of any antibiotics provided. The best chance of recovery is to start the appropriate antibiotic treatment as soon as possible.

Be aware that ehrlichiosis is a disease that must be reported to the government. This means that if you believe your dog is suffering from the condition, you should contact your local veterinarian or phone the national Emergency Animal Disease Watch hotline at 1800 675 888.