21-year-old Artarmon man Mr Hamid Aghaei was convicted in Downing Centre Local Court on 1 May 2019 for committing an act of aggravated cruelty against and failing to provide vet treatment for breaking the legs of his Border Collie puppy Asha.

For committing an act of aggravated cruelty, Magistrate Thompson imposed a 10-month intensive correction order, with the conditions that Mr Aghaei is supervised by Community Corrections, undergoes a psychiatric assessment, and commences psychiatric treatment. For failing to provide vet treatment, he was placed on a two-year community correction order. She further ordered Mr Aghaei to pay fines of $5,000 for the puppy’s veterinary treatment and he was prohibited from purchasing, acquiring, taking possession or custody of any animal for two years.

The Court heard in agreed facts tendered on sentence that on 4 December 2018, RSPCA inspectors attended Mr Aghaei ’s home in response to a complaint of animal cruelty. Mr Aghaei told inspectors that Asha belonged to him and admitted he knew she was limping after he forcefully pushed her off a bed for urinating on it. He said he had not taken her to a vet since the incident occurred two days earlier because he was waiting for a Centrelink payment to get health insurance. Asha was seized and transported to RSPCA Sydney Veterinary Hospital in order to receive urgent veterinary treatment for the severe injuries she had sustained.

An RSPCA veterinarian found that Asha suffered serious fractures in her wrist, hip and ankle. An expert orthopedic veterinarian performed surgery to try and save Asha’s leg, during which the fractured femoral head was removed from the femur, in order to remove the source of pain, prevent joint disease from occurring and allow a fibrous joint to form in its place. The vet determined that there was little likelihood that the wrist or ankle would heal without some deformity, and the puppy’s joints could potentially fuse in a way that would not allow any degree of movement. As a result of Mr Aghaei’s actions the puppy would suffer a permanent deformity.

Mr Aghaei failed to provide veterinary treatment to Asha for the multiple fractures over multiple limbs. A dog with one fractured limb would be in pain, but it would be able to compensate by not using the leg. Asha had two fractured limbs on the same side of her body, leaving her with no ability to alleviate the pain and still move. The RSPCA veterinarian determined the puppy was constantly in serious pain from the moment she was hurt until adequate pain relief was provided upon her arrival at the RSPCA clinic.

Magistrate Thompson acknowledged that Mr Aghaei required significant support in the community, psychological intervention to ensure he did not reoffend and resources to manage the issues affecting his personal life.

She said, “Taking into account [Mr Aghaei’s] limited financial means, the conduct in question is of a sufficiently serious kind…[especially] for the period of time in which the dog remained untreated.”

Magistrate Thompson said, “The outcome for this animal was significant and very dire indeed.”

The puppy was humanely euthanised due to the rapid onset of serious mental health issues affecting her ability to interact with humans and the permanent injury which was not responding to the treatment provided and would negatively affect her quality of life. 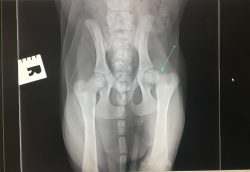 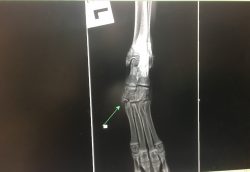 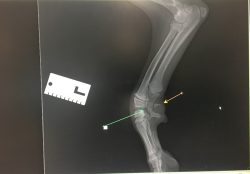 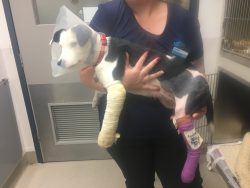 Puppies sometimes act in a way that upsets their humans. The solution is never to injure or hurt an animal in your care. Scientific evidence supports the use of positive reinforcement training techniques. Physical violence is never the answer. The RSPCA recommends owners enrol in puppy pre-school and utilise various positive and food-based reward techniques.

RSPCA NSW Deputy Chief Inspector Aaron Purcell said, “This outcome sends a strong message to the community about the expectation that pet owners immediately pursue appropriate veterinary treatment for seriously injured animals in their care. It is an offence to fail to seek veterinary treatment for that animal. Animals do not have voices of their own.”