31 year-old Kayla Spears was convicted of three counts of animal cruelty in Campbelltown Local Court on 3 August after her cat was found with severely infected and untreated ingrown nails and a variety of other health problems.

Ms Spears was represented by Legal Aid and pleaded guilty to all charges relating to her cat. She was convicted of three counts of failing to provide veterinary treatment in relation to ingrown nails, emaciation and underlying medical issues, and skin disease. She was fined $100 for each offence ($300), and ordered to pay costs of $999.32.

The magistrate commented that the cat would have suffered greatly, and thanked the RSPCA for the difficult and thankless job they do.

RSPCA NSW inspectors attended a Campbelltown residence on 23 December 2016 after a complaint was received about a sick cat with ingrown nails. Whilst no one was home at the time, inspectors located the cat in the driveway, noticing she had hair loss, scabs on her head, issues with her feet, and was very emaciated. On closer inspection it was clear that the nails of the cat had become so ingrown they were infected, with puss and wounds, with a strong smell of infection.

Inspectors seized the cat for immediate veterinary treatment and left a notice of seizure on the front door.

Veterinary examination revealed the cat was emaciated, alopecic with scabby skin lesions on the head and hair loss on tail and back, dehydrated, with severely ingrown claws. Some claws were swollen to four times their normal size, with claws embedded in the tissue and looking like they had been for quite some time. A nail on the left paw was not even connected to the bone and easily came out. Another claw was swollen to three times its normal size, embedded in the flesh and with a purulent discharge.

The cat was sedated and all four paws were clipped and wounds cleaned and bandaged. The cat was given pain relief and intravenous antibiotics with a plan to monitor.

On 27 December 2016 vets made the decision to euthanise the cat as it was in such a condition that she was cruel to be kept alive. A necropsy of the cat was performed the findings of that report showed she had suffered from a complete Pyloric obstruction, severe expansion of the stomach and severe emaciation.

“This cat could have been potentially saved if the owner had exercised the bare minimum of care and taken her to the vet. By the time she came into our care, she had suffered for a long time and unfortunately Ms Spears now has to live with the knowledge that she could have saved her cat but instead did nothing,” comments RSPCA NSW Chief Inspector David OShannessy. 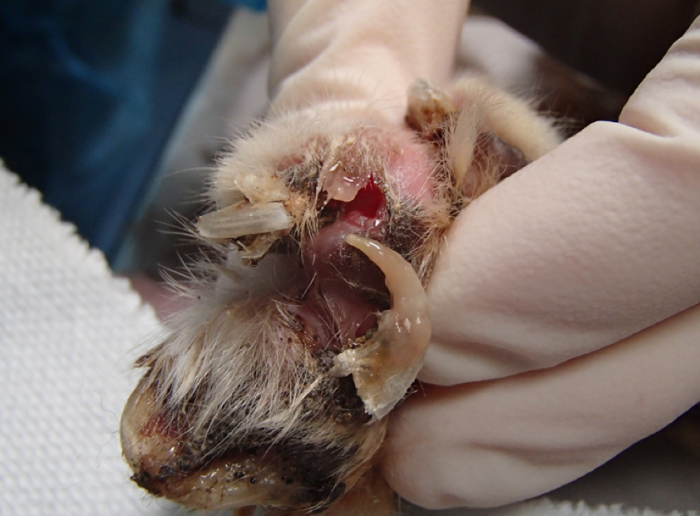 RSPCA NSW inspectors later returned to the address as they had not received contact in relation to the notice left at the property. An interview was conducted with Ms Spears where she acknowledged she owned and was responsible for the cat but it hadn’t been to a vet for as long as she could recall. She was aware of the issues with the cat’s feet, describing them as “manky”. She realised the cat was skinny but just thought she was active, and had given the cat medicine that had been prescribed to her partner’s dog for a different reason.

RSPCA NSW urges anyone with concerns for their pet’s health to consult a vet as soon as possible. RSPCA NSW run several programs for people in need of financial assistance: https://www.rspcansw.org.au/what-we-do/working-in-communities/ 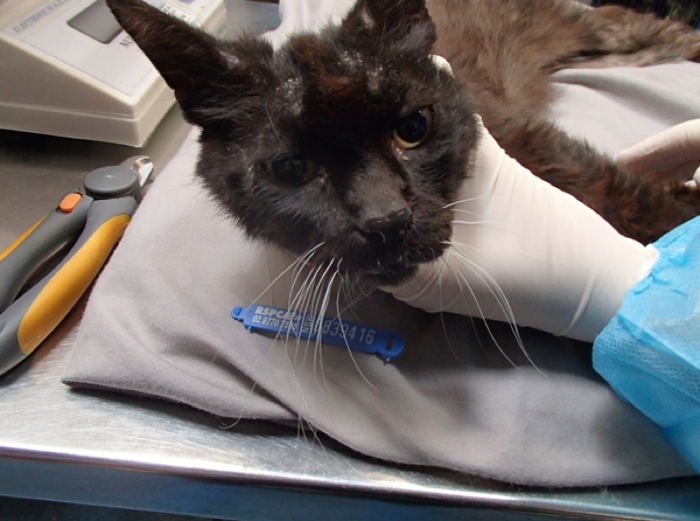 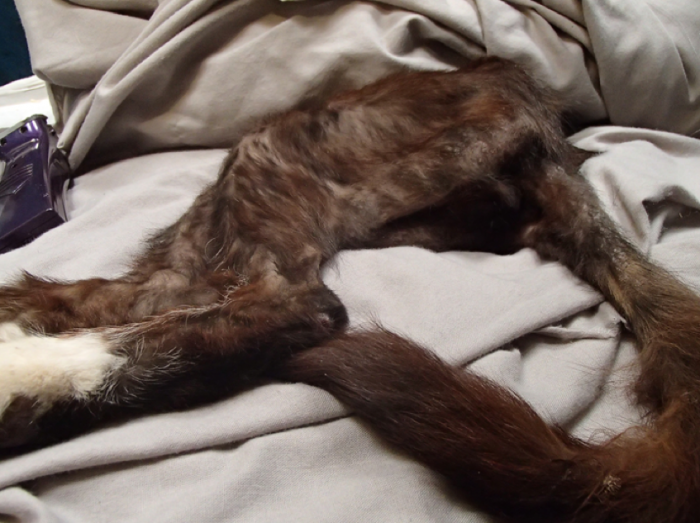 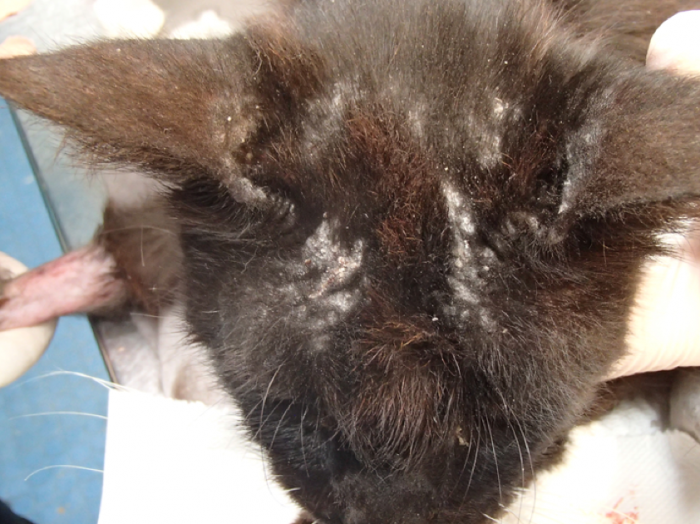