52-year-old Dubbo female resident pleaded guilty in the Dubbo Local Court yesterday, 4 March 2019, to one offence of failing to provide veterinary treatment to five horses found to be in poor body condition. She was convicted and fined $1500 with a moiety of the fines ordered to RSPCA NSW.

At the first property, inspectors found 24 mixed-breed horses with no pasture available, and no evidence of supplementary feeding. The inspectors were concerned for two horses in poor body condition, with rib, spine, and hip bones clearly visible. No one was on the property at the time of inspection.

At the second property, inspectors met the defendant, where there were 32 mixed-breed horses in varying condition. Inspectors were concerned for three horses in poor body condition, who all had rib, spine, and hip bones visible. 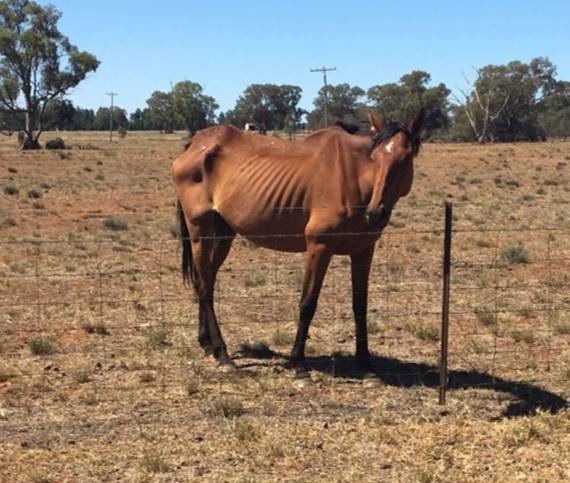 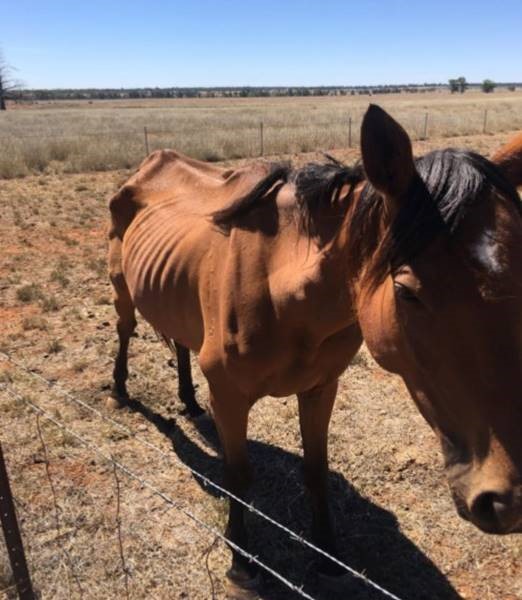 In a formally recorded interview with RSPCA NSW inspectors, the defendant admitted she owned and was the person in charge of the horses, one of them having been in her care for nearly 30 years. She asserted that the horses were in poor condition due to age, poor teeth or as a result of ticks, and admitted not having sough veterinary treatment for the poor body condition.

Four of the horses were euthanised after being inspected by the veterinarian.

In sentence proceedings at Dubbo Local Court on Monday 4 March 2019, Magistrate Wilson commented that the horses were obviously suffering from “a significant degree of malnutrition and for a person to allow that deterioration to occur resulting in the horses to be euthanised is quite disturbing.”

RSPCA NSW is sensitive to the difficulties stock owners are facing as a result of the drought declaration and the continuing dry weather patterns across NSW, although these matters were before the formal drought declaration. The NSW Department of Primary Industries has information available in relation to animal welfare at this time on its website.

The Rural Resilience Program may also be helpful to farmers experiencing drought.