RSPCA NSW inspectors attended a Claymore residence on 1 November 2016 in response to a complaint about a dog in poor condition, finding the Bulldog in an emaciated state with all ribs, hips and spine very visible. The only drinking water she had was green, and she was seized for veterinary assessment and treatment. 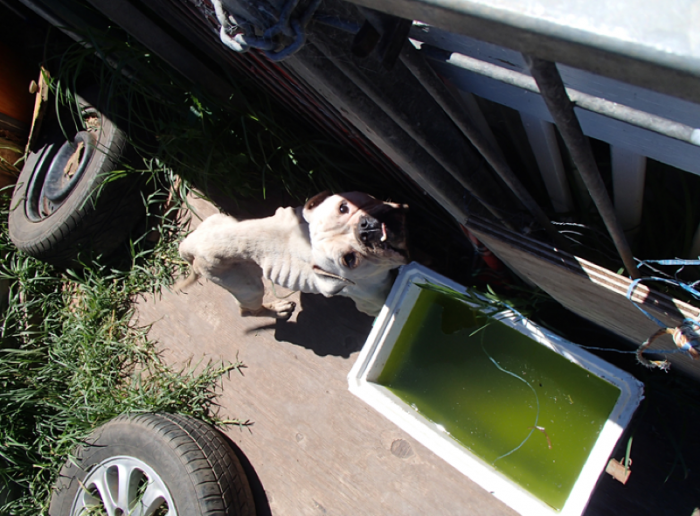 1 November 2016 – Bella in the yard she was kept in, note only water is green

A veterinarian found Bella was at the medically extreme end of emaciation, had a heavy flea infestation, hookworm infestation, mild anemia, an infected wound, and a bilateral ear infection with large amounts of foul smelling brown discharge from both ears.

When interviewed, Mr Rickett said he had left Bella with his mother in late June and had not visited her for three to four weeks. He said the last time he saw Bella she was “a bit slim” and admitted he was the person responsible for providing her with any veterinary treatment she required.

Bella weighed 12.8kg when she came into RSPCA care and as a result of being fed proper and sufficient food, after 4 weeks she weighed 21.5kg (a 67.9% weight gain). She has gone on to find her forever home with a loving new family. 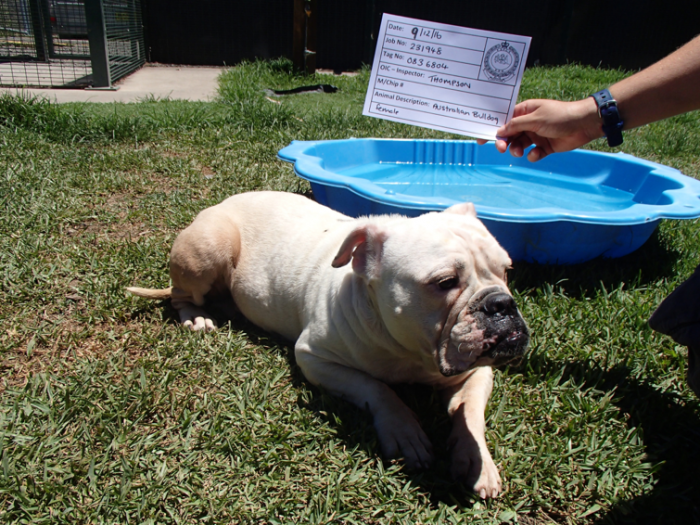 9 December 2016 – Bella has since made a full recovery