RSPCA Inspector Dominguez is one of 12 RSPCA inspectors working in metropolitan Sydney. For three years, she has responded to reports of animal cruelty and removed them from dark situations.

Every day, RSPCA Inspector Dominguez sees abandoned, neglected, and abused animals. Last year, a routine Friday evening call broke her heart. A concerned member of the public had phoned RSPCA NSW saying they were worried about a dog in who looked skinny. 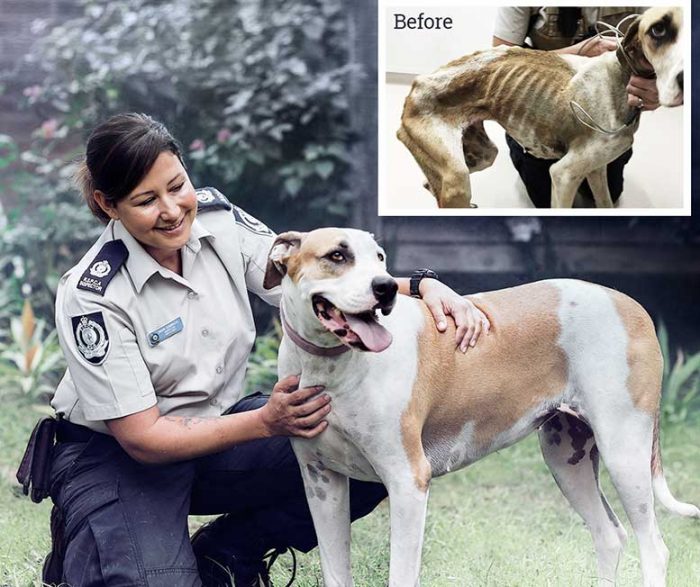 But even three years of seeing animals in terrible situations could not prepare her for Athena.

Her name was Athena and she was a Great Dane… but there was more bone to her than dog. You could see her ribs, shoulder blades and even her skull. She was on the brink of starving to death. “Athena had lost so much fat and muscle that her body had started to eat away at itself,” recalled RSPCA Inspector Dominguez.

RSPCA Inspector Dominguez was told that Athena had been last fed two or three days ago. Confirming that the dog was starving, she had no time to indulge in questions but focused on the rescue at hand. “I remember thinking [that] this dog needs to leave with me today… I’m not leaving her behind,” said RSPCA Inspector Dominguez. “If I get this dog out of here, her life will change forever.”

As a law enforcement officer working under the Prevention of Cruelty to Animals Act, RSPCA Inspector Dominguez has the power to seize an animal if she believes an offence has been committed. Exercising that power, she put Athena on a leash and they walked out of the house. The owner did not protest and neither did Athena.

It was the beginning of a long road to recovery. Athena was fed slowly because after being starved for so long, her stomach had to get used to food again. The veterinarians fed her very small, low-calorie portions, many times throughout the day and over a period of a few weeks. 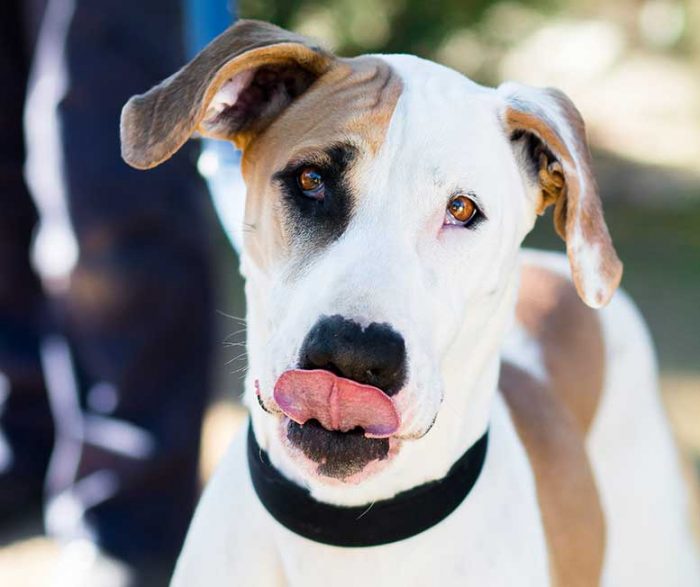 Everyone was astounded at Athena’s transformation. Every day, she put on a little bit more weight. And week by week, you could see her waist growing. Athena’s recovery took months, but the outcome reminded RSPCA Inspector Dominguez why she does what she does.

“Athena is almost unrecognisable today. She weighed in at 17 kilos on the day I rescued her. Today, she weighs 50 kilos. That means she’s tripled her body weight!” said RSPCA Inspector Dominguez. But the inspector notes that the biggest, and most heart-warming change, is the shift in Athena’s personality.

Once lethargic and withdrawn, Athena is now full of energy, and she absolutely loves to play. Her new owners tell us they go through a considerable number of squeaky toys each week. They’re the big dog’s favourite and Athena literally ‘loves them to death’. It’s a thought that puts a smile on RSPCA Inspector Dominguez’s face, knowing that just a couple of months ago, the same dog didn’t have any toys or the energy to play.

Athena’s transformation is truly wonderful – and it’s just one of many happy endings achieved because of loyal supporters who keep RSPCA Inspector Dominguez on the road.

Athena’s former owner has pleaded guilty to animal cruelty. She was fined and prohibited from owning another dog for ten years. You can read more about these proceedings here.

Find out how you can help animals like Athena, here.