Anzac Day is a day of national remembrance honouring those who served and gave their lives during times of conflict, peacekeeping operations and war. 25 April is also an opportunity to remember the loyalty and sacrifice of the service animals who stood alongside their battalions during these times.

Animals have played a critical role during wartimes for centuries. They’ve provided comfort and inspiration, been guards and mascots, carried messages and hunted enemies. More than 16 million animals served during the First World War. Read on to discover how their contributions to the war effort saved thousands of lives. 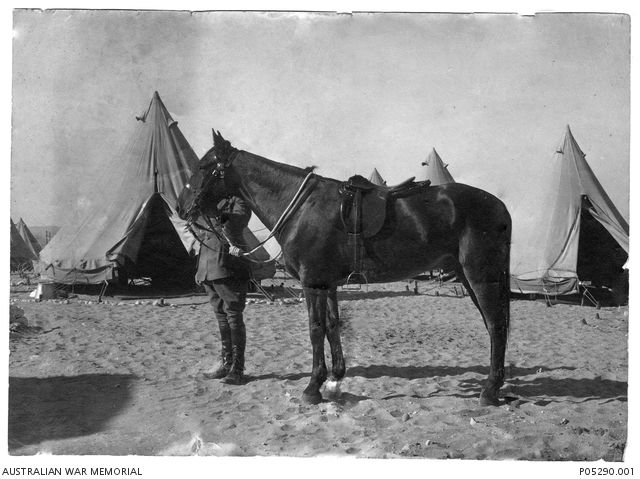 During World War One, more than 136,000 horses joined Australian troops. But at the end of the war, almost all of these horses weren’t able to return to Aussie soil because of quarantine reasons. In fact, just one, named Sandy, made it back home. His owner, Major General Sir William Bridges, had been killed at Gallipoli. After the war, Sandy boarded the freighter Booral, sailing from Liverpool to Melbourne. He spent his well-earned retirement at the Central Remount Depot in Maribyrnong. 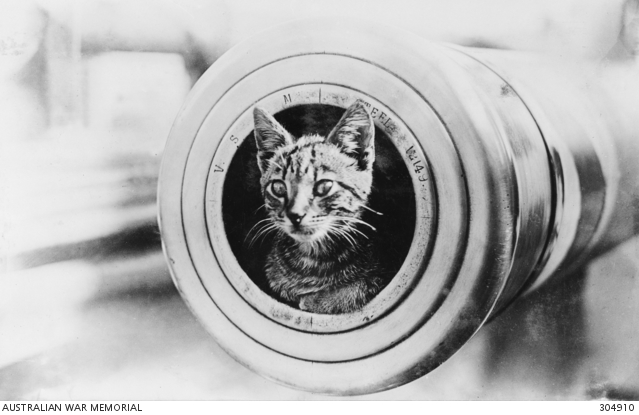 Cats were used to hunt mice and rats on ships and in the trenches. They also provided companionship. Famous felines included Togo, who was the mascot of battleship HMS Dreadnought, and Pincher, who prowled the decks of HMS Vindex.

There was also battleground cat, Pitouchi, who lived with his Belgian owner, Lieutenant Lekeux in the trenches. Pitouchi allegedly saved Lekeux’s life. According to the story, when enemy soldiers approached Lekeux’s hideout, this remarkable cat jumped out at them, making them think they’d mistaken a cat for a man. They left the area, leaving both owner and cat unharmed. 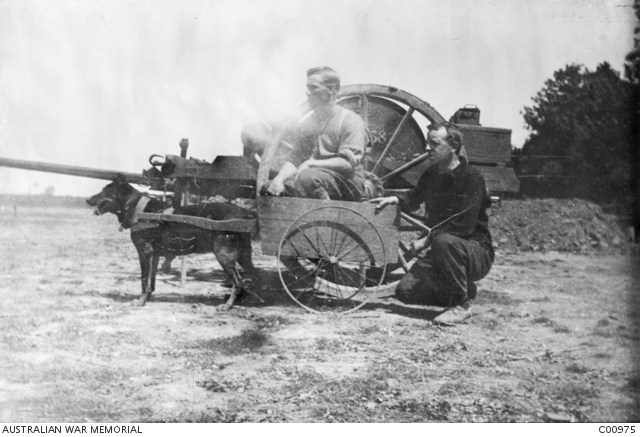 Just like cats, dogs hunted mice and rats during times of conflict. They also carried apparatus and messages, found injured soldiers and unearthed explosives. They even had their own special gas masks.

Probably the most famous dog – and certainly the most decorated – of the First World War was United States Army dog Sergeant Stubby. He was the official mascot of the 102nd Infantry Regiment. During his 18 months of service, he took part in 17 battles on the Western Front. His feats included finding and comforting wounded soldiers, catching and holding a German soldier by the seat of his pants and saving his regiment from a surprise mustard gas attack. He made front page news of every major newspaper and met three US presidents. 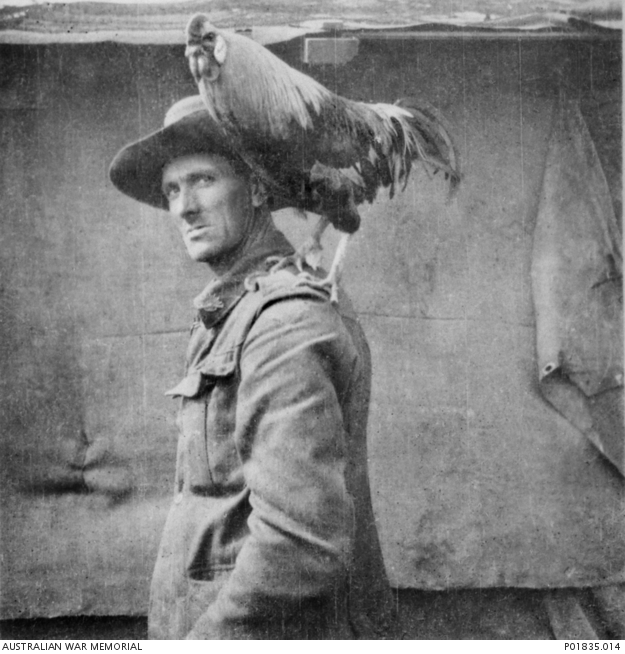 Birds played various roles during the war. Canaries detected poisonous gas and carrier pigeons messages. In fact, pigeons were the first animals to be given war medals.

Roosters were even used as guard animals. Jack, a rooster chick, was adopted by a group of Australia soldiers in Egypt and he protected them from approaching strangers who entered the unit lines.

It wasn’t just cats and dogs who provided comfort during wartime. Bears, foxes, kangaroos, koalas, lions and monkeys were all used to boost morale.